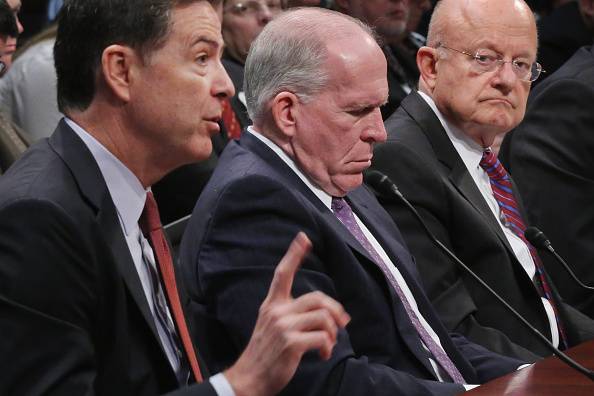 The memory hole that appeared in America's zeitgeist around 2016 is expanding like some evil cosmic rot. Things happen and then things unhappen and after a while it's like they never happened. For instance, little seems to have happened all summer long with the matter known as RussiaGate, the attempt by high US government officials to overthrow the result of the 2016 election by pretending that Russia was trying to interfere in the 2016 election.

Quite a confection of lies and subterfuge. It apparently grew out of an effort at the highest levels of the Obama administration well before 2016 to run so-called intel operations against the perceived enemies of Mr. Obama's foreign policy. One target was General Michael Flynn, who until 2014 had headed the Defense Intelligence Agency, which is devoted to military intel analysis. General Flynn was known to be unfavorably disposed to Mr. Obama's deal to pay billions to Iran for a halt in that country's nuclear weapons program.

After retiring, General Flynn set up his own intel consulting company, which had two clients in Russia: a short-hop airline and a cyber-security firm owned by a holding company in Britain. In late 2015, General Flynn attended a Moscow dinner for Russia Today (RT) where he sat next to Vladimir Putin and gave a speech for which he was paid $45,000. Note: at that point, General Flynn was a private citizen and we were not at war with Russia. It was one of many European nations that Americans were allowed to do business in.