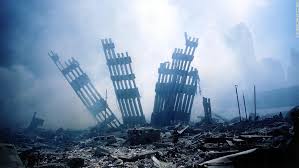 Today the event that defined the United States' foreign policy in the 21st century, and heralded the destruction of whole countries, turns 18. The events of September 11, 2001 remains etched into the memories of Americans and many others, as a collective tragedy that brought Americans together and brought as well a general resolve among them that those responsible be brought to justice.

While the events of that day did unite Americans in these ways for a time, the different trajectories of the official relative to the independent investigations into the September 11 attacks have often led to division in the years since 2001, with vicious attacks or outright dismissal being levied against the latter.

Yet, with 18 years having come and gone — and with the tireless efforts from victims' families, first responders, scientists and engineers — the tide appears to be turning, as new evidence continues to emerge and calls for new investigations are made. However, American corporate media has remained largely silent, preferring to ignore new developments that could derail the "official story" of one of the most iconic and devastating attacks to ever occur on American soil.