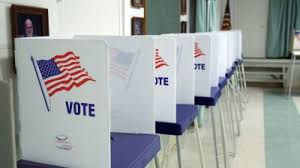 Gov. Janet Mills, a Democrat, said she'll allow a bill to become law in January without her signature. The legislation requires ranked choice voting in presidential elections and primaries.

Ranked voting won't be used in a planned presidential primary in March 2020, Mills' office said. The bill won't go into effect until 90 days after the Legislature is set to adjourn in April.

But future presidential primaries would use ranked choice voting, according to the governor's office.

Maine voters in 2016 approved ranked voting, but the system was limited to federal races and primaries.

Under the system, voters rank three or more candidates on a ballot in order of preference. If no candidate gets more than 50%, the last-place candidate is eliminated.

The second-choice votes of everyone who ranked that candidate first are allocated until someone receives over 50%.

Supporters of the system who have been trying to spread it to more states cheered the expansion Friday.