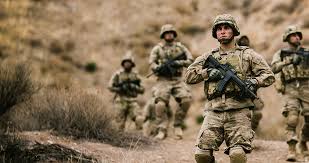 As negotiations between the United States and the Taliban continue, it is increasingly clear that even if an agreement emerges, any U.S. troop withdrawal from Afghanistan will be partial, not total. President Donald Trump recently confirmed that point. "Oh yeah, you have to keep a presence," Trump said in an interview with Fox News radio. "We're going to keep a presence there." He did indicate that the current troop level of more than 14,000 was being reduced to 8,600. Further reductions might take place if a final accord could be reached, but a sizable contingent of Special Forces personnel, intelligence operatives, and military contractors would remain indefinitely.

Disappointed advocates of a complete withdrawal from America's longest war believed that, once again, the president listened to military leaders and congenital hawks such as Sen. Lindsey Graham (R-SC) and backed away from his intention to extricate the United States from the seemingly interminable conflict. A similar pattern had emerged in the summer of 2017, when National Security Adviser H. R. McMaster, Secretary of Defense James Mattis, and other advisers successfully prevailed on Trump to abandon the pledge he made during the 2016 presidential campaign to terminate the Afghanistan mission.