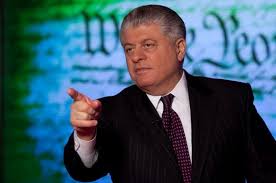 Does the president of the United States have too much power?

That question has been asked lately with respect to President Donald Trump's use of federal funds to construct 175 miles of sporadic walls along portions of the 2,000-mile common border between Texas and Mexico. After Congress expressly declined to give him that money, Trump signed into law — rather than vetoed — the legislation that denied him the funds he sought and then spent the money anyway.

It has also been asked with respect to his imposition of sales taxes — he calls them tariffs — on nearly all goods imported into the United States from China, taxes that only Congress can constitutionally authorize. And it has been asked in connection with the presidentially ordered mistreatment of families seeking asylum in the United States by separating parents from children — in defiance of a court order.

The Constitution was written in the aftermath of the American Revolution, a war fought against a kingdom, most of whose domestic subjects articulated that the king had been chosen by God to rule over them.

The colonists in America, prodded by radicals like Sam Adams, Patrick Henry and Thomas Jefferson, profoundly rejected that idea. They argued that each individual was sovereign and a repository of natural rights. Jefferson articulated as much in the Declaration of Independence.

So, when it came time to craft a new government here, the drafters of the Constitution, led by Jefferson's friend James Madison, made certain that there would be no king. Congress would write the laws. The president would enforce them. The judiciary would interpret them. This separation of powers is what the late Justice Antonin Scalia called the most unique and effective aspect of American government.

For starters, Madison feared the accumulation of too much power in any one branch of the government. With the exception of the uniqueness and violence of the Civil War, for 130 years, the branches remained within their confines. For that matter, the federal government did so as well.

Congresses and presidents accepted the Madisonian view that the federal government could only do what the Constitution affirmatively authorized them to do, and all remaining governmental tasks would be addressed by the states. This, too, was part of Madison's genius in order to impede the concentration of too much power in the hands of too few.

1 Comments in Response to The Temptation of Tyranny

The power that any government official has is almost entirely determined by the amount of brainwashing government does on the populace. How's that? Anybody can get together a group of friends who will back each other in Federal District Court claim of threat being carried out by any government official, against the peace of the people involved. Such a claim would at least slow government down. And if there were many such claims across the country, it might entirely put an official out of action. Why Federal District Court? Because it is a jury trial where statute and code doesn't enter in, and the judge has no authority other then to referee the operation.