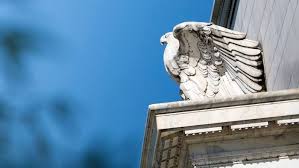 However, with interest rates back to record lows, and the ECB (and soon Fed) set to restart QE, the outcome will be even worse than last time, sending the world into Albert Edwards' infamous deflationary ice age.

But one didn't have to go all the way to Wyoming to observe the waning power of central banks. A quick look at the following chart from Bank of America would have sufficed.

As BofA's equity derivatives team led by Stefano Pascale and Benjamin Bowler notes, the year 2018 was characterized by the awakening of vol from 2017's historical lows as investors adjusted to CBs showing less sensitivity for markets.

This historical U-turn led to a record start to 2019 for risk assets and one of the sharpest drops in cross-asset vol ever. However, an ominous, if 30,000 ft. view shows that, despite CBs' best efforts to contain risk this year, the genie can't be put back in the bottle, and cross-asset vol is unlikely to return to 2017 bubble-lows.