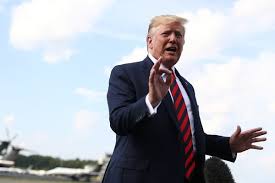 When the Governor of the Bank of England calls for a "global monetary system" to replace the dollar, it may be time to pay attention.

Mark Carney recently announced that stockpiling dollars has become "a barrier to global trade." The powerful banker also complained that the US dollar is too dominant and (surprise!) it could soon be replaced by a digital currency.

When Senior Analyst Ed Bugos and I launched The Dollar Vigilante back in 2010, I made a bold prediction that the dollar would collapse by the end of the decade.

Well, it's been about nine years, and it appears to be happening right on time! We also warned our subscribers years ago about where Trump's trade strategy is headed, and why it would fail to produce a deal in China. The stock market's surprise is just more evidence that it has been floating on irrational hope.

Meanwhile, the Commie in Chief has desperately resorted to "hereby ordering" private US companies to do whatever he demands on Twitter.

The coming financial crisis will probably be widely blamed on President Cheeto, but you can't change the nature of government by changing who is in charge or control of it. Yes, the end of the monetary establishment has begun, and its possible replacement with decentralized money will change the world!

Carney is right in admitting that the Federal Reserve's fiat money is dying, but his so-called Global Currency "solution" would be terrible for individual freedom, and will only exacerbate the crash.

In my recent 'walk and talk' vlog from Puerto Vallarta, Mexico, I covered all of this and more. Plus, you won't believe where I just had stem cells injected!

Check out the full video: