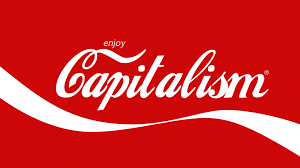 American capitalism is based on plunder. With the continental USA plundered, American capitalism hoped to continue enriching itself by plundering Russia as it did under Yeltsin, carefully including the Russian "Atlanticist Integrationists" in the spoils in order to have support from the liberal, progressive forces in Russia for stripping Russia of its assets. But Putin more or less put a halt to the American/Israeli rape of Russia, although it still continues through the neoliberal economics that Harvard brainwashed into the Russian central bank and economics profession. Brainwashed Russian economists are the main reason Washington is able to punish a powerful country such as Russia with economic sanctions.

The dependency of American capitalism on plunder is the reason Washington seeks to overthrow the people's government of Venezuela. Chavez established a reformist government in Venezuela, one continued by Maduro. The reformist government nationalized Venezuela's oil reserves. Instead of the profits being carted off by the American oil companies, they were kept at home where they raised the literacy rate and lowered the poverty rate. American capitalism wants the revenues back. Thus Washington's attack on Venezuela.

The same for Iran. The Iranians were the first and most successful in throwing off the yoke of American imperialism. They overthrew the American puppet, the Shah in 1979, and used the oil revenues for the development of Iran instead of the purchase of arms from the US military/security complex.