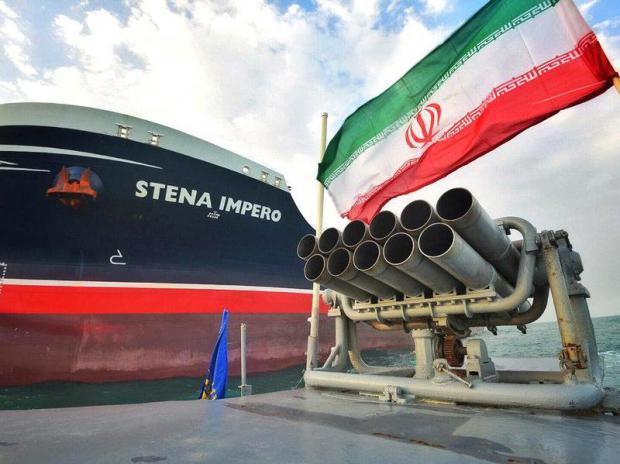 On Monday Iran's foreign ministry issued new warnings to the United States not to mount any new attempt to seize the tanker. "If this is done or even stated, it is a threat to free shipping," a spokesman said. "Through its official channels, and especially the Swiss embassy, Iran has warned U.S. officials not to make the mistake of doing so, as they face bad consequences."

....and there she goes! After 46 days in Gibraltar Waters sparking an international incident with Iran, the Adrian Darya, formerly the Grace 1, is leaving... pic.twitter.com/IdxWFgVBwm

Per a breaking Bloomberg report, Iran issued a formal warning to the US via Switzerland to not interfere with the ship's passage through international waters.

Furthermore, Iranian Foreign Minister Javad Zarif said at a press conference in Helsinki while attending diplomatic meetings in Finland that Iran cannot be "very transparent" about the tanker's destination due to US sanctions.

He said the US is trying "bully others from purchasing our oil" but expressed hope the Gibraltar court's release of the tanker would serve to deescalate tensions, according to Bloomberg.

The Adrian Darya's shipping tracking data shows it intends to head to Kalamata, Greece, with an arrival date of Aug. 25, according to reports, where it's likely to change crew and get fresh supplies.