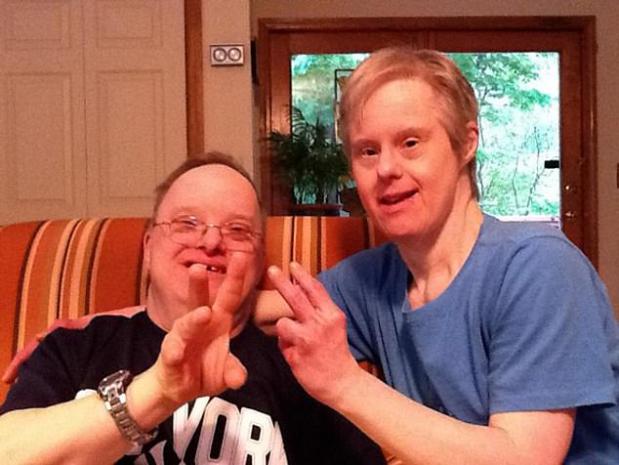 An American woman with Down Syndrome who lost her husband after 26 years of marriage told how he 'was the only one for me' as she scattered his ashes at lake in New York.

Kris Scharoun-DeForge, 59, met Paul Scharoun-DeForge in 1988 and they married five years later, becoming one of the first couples in the world with Down syndrome to tie the knot.

Paul passed away in April at the age of 56, after a long battle with early-onset Alzheimer's disease, leaving Kris widowed.

Now she has opened up about the incredible bond between them and how they supported each other unconditionally during their decades long relationship.

Kris' family and friends gathered at a lake near New York's Adirondack Mountains to pay tribute to Paul.

Kris told CBS:'I proposed to him. I whispered in his ear, "Would you marry me?", And he looked up at me with this big beautiful smile and he shook his head "Yes!," And that's when I knew. 'He got me laughing, he was the one for me.'

Relatives believe their marriage was the longest between two people with the condition.