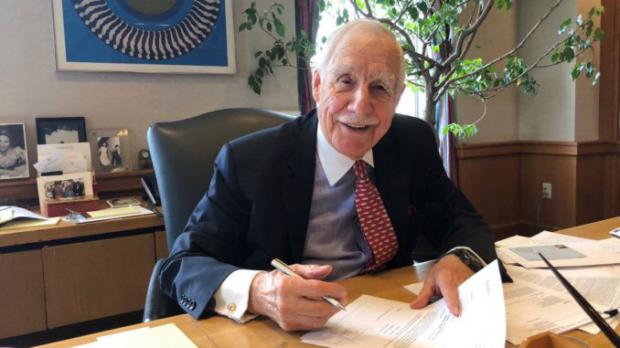 Many people didn't even know that federal judge Robert Sweet, federal judge presiding over a key lawsuit relating to wealthy, Clinton-connected financier Jeffrey Epstein, was found dead in March.  However, no cause of death was determined at the time.  Is anyone else finding this as suspicious as Jeffrey Epstein's alleged "suicide."

Fox News reported at the time:

A U.S. District Court judge in New York who was presiding over a lawsuit involving a wealthy, Clinton-connected financier and sex offender died Sunday at the age of 96.

Robert W. Sweet died at his home in Ketchum, Idaho, while on vacation, The New York Times reported. He was appointed by President Jimmy Carter in 1978. Politico reportedthat Sweet was presiding over the lawsuit that followed what many saw as an unusual plea deal for Jeffrey Epstein.

Alexander Acosta, the current U.S. Secretary of Labor,  negotiated what critics called a sweetheart, potentially corrupt plea deal with Jeffrey Epstein when he was the U.S. attorney for the Southern District of Florida. The arrangement required Epstein to pay restitution to dozens of victims, but offered a variety of unusual concessions as part of a non-prosecution agreement.

That's right, it's not just Democrats caught up in Epstein.  Republicans have their hand in it too.  And it should cause people to contemplate Epstein's death in federal custody under President Donald Trump.