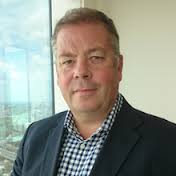 This morning's headlines are screaming how Argentina and President Mauricio Macri have precipitated yet another crisis on the stressed geopolitical battlefront…  Relax. We are more than used to dealing with Argentina defaults… But, its far more complex than that.  The latest Argentina Dance Macabre is all about Global Credibility.  It's another Massive Fail!

What does it say about the credibility of Global Institutions and Policy when Argentina's whole market collapsed following a primary for an election in December?  Ex-IMF president, and soon to be head of the ECB, Christine Lagarde personally staked her support for President Mauricio Macri's pro-market government when she steamrollered through the IMF's biggest ever bailout of $56 billion for Argentina last year.

There are three major issues to consider here:

First there is the absolute predictability of what's just happened in Argentina:

In return for the 2018 Bailout, the IMF demanded its usual pound of flesh policies: Austerity, Austerity and Austerity, spiced with inflation-targeted monetary policy, fiscal tightening, currency controls, and the keys to the Peso printing presses.  Give Lagarde some credit – she did give lip service to the people with a smattering of minor austerity mitigants in terms of gender equality and social provision.  But, essentially the IMF's answer to yet another predictable Argentinian crisis was more of the same programme.  You know the definition of madness…

Rabo: Is Someone Trying To Delay The Global COVID Recovery To Ram Through Even More Stimulus

"Shot Heard Around The World"

Morgan Stanley: Here Are The 4 "Worries" That Will Dominate The Next 6-12 Months