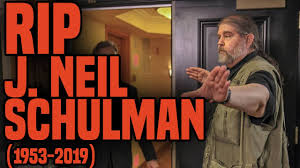 I read Neil's libertarian sci-fi novels Alongside Night and The Rainbow Cadenza in college and law school. Neil was a decade older than me, but we somehow encountered each other, even before the Internet took full flower. In the late 1980s/early 90s we were on some fora together, such as the GEnie Science Fiction and Fantasy RoundTable, one of the early precursors to the Internet. I devoured his The Robert Heinlein Interview and Other Heinleiniana and even did a little review of it on the GEnie forum, which Neil appreciated and used for blurbs later on (he was never shy about that).2

We gradually become friends, via emails, phone calls, etc., though as I adopted an anti-intellectual property position at odds with Neil's "logorights" theory, we started disagreeing substantively, at least on this issue, though we both remained fellow anarcho-libertarians.3 I had the pleasure to finally meet Neil in person at Libertopia in San Diego in 2012.4 He was physically frail even then; I recall that it took him almost 20 minutes to slowly ascend the stairs to the second floor of one building–my own talk against IP, if I recall, so he could sit in the back and lob criticisms during the Q&A–and I offered to help him up the stairs. He would not allow it, but did consent to my carrying his briefcase up the stairs for him to meet him at the top.