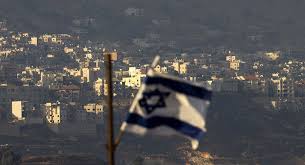 Senior Advisor to the Iranian Parliament, Speaker Hossein Amir Abdollahian, said Friday that "smoke will rise from Tel Aviv" should Israel joint the United States' maritime patrol in the gulf

"If Israel enters the Strait of Hormuz, it will be engulfed in the wrath of the region and its smoke will rise from Tel Aviv," the senior official threatened in a statement posted on Twitter.

According to Reuters, Israeli media had quoted Foreign Minister Israel Katz early in the week as confirming discussions were underway among top defense officials over possibly joining a US maritime protection initiative in the Persian Gulf.

Israel's role could come down to intelligence-sharing, however, given the explosive potential for conflict should its forces actually deploy in the region. Israeli officials have yet to confirm nor deny the reports.

Abdollahian's statement explained further: "Iran has a vital role in the security of the Strait of Hormuz. Any US-led military coalition in the strait is a repetition of Iraq and Afghanistan occupation and escalation of insecurity in the region."