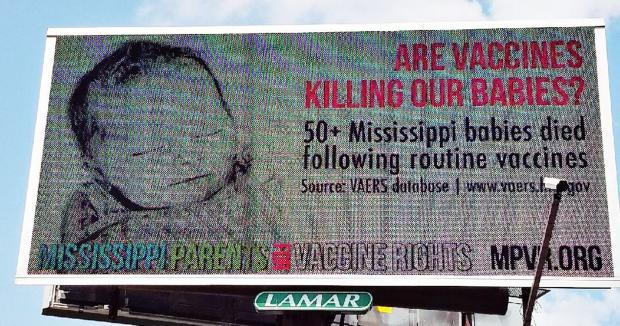 We naturally have fear and a resistance to seeing the dark side of life. We seem to want to put off seeing the full extent of human depravity, even as the evidence mounts. But it is necessary in some measure to get a more balanced and informed picture of humanity as a whole.

If we are to awaken as a collective and move on to a higher lived expression of what it is to be human, it will be through having the courage to look squarely at what is actually happening in our world. This will help us connect to a greater understanding of the hidden system of control that has long been in place and has maintained the illusion I sometimes refer to as 'mainstream perception,' a more innocent and naive perspective on the world that continues to bestow authority over humanity to the global elite.

There are few areas of human activity that trigger our resistance to seeing what is in plain sight as much as the way that modern vaccines are being administered in our world, especially in the face of renewed efforts from governments to enforce mandatory vaccination. It seems that as parents, we are being forced into making a choice. We can uphold the status quo, follow the simple industry mantra we have seen and heard thousands of times that 'vaccines are safe and effective,' and essentially keep our noses out of the business of trusted medical professionals. Or we can join a growing number of people that are no longer doing that, and begin to examine inconsistencies in the industry mantra based on mounting real-life evidence and scientific testimony of vaccine injury.

For some people, like myself, I have long questioned the nature and motives of our Western medical system, and this inquiry heightened into a sense of urgency regarding vaccines when my son was born. I read Suzanne Humphries' excellent book 'Dissolving Illusions,' among others. I made an informed decision not to have him vaccinated, and today he is a bright, energetic 5-year old boy with no health issues.

For others less fortunate, their first inkling of something being amiss with our medical system and specifically with vaccines was as a result of the heart-wrenching experience of seeing their beautiful, healthy child become ill and die right after having been administered a 'normal' array of vaccines.

I understand for many, it is difficult and painful to even read about these stories. At the same time, I would urge people who are uncertain about vaccine safety to consider looking into such stories and see what kind of conclusions you come to.

On his website entitled 'Stop Mandatory Vaccination,' activist Larry Cook works tirelessly to research and report on testimony and scientific evidence regarding the effects of vaccines. He has created this page that specifically brings together the many stories of infant vaccine deaths, and it certainly bears investigation. He urges people to proliferate these stories on social media, not because there might be a morbid fascination with these stories, but rather because the end goal is mass awareness of what is going on, which will enable us to end unsafe practices in our society that lead unnecessarily to injury and death. Another reason he is asking people to share these stories, it must be noted, is because like CE he is experiencing a high degree of censorship and reach limitation brought on by the social media giants.

When one pays close attention to testimony such as these stories with an open mind, there are many similarities, and when we put these together, patterns inevitably begin to emerge which evokes a bigger picture of what is going on.

Sudden Death: Unlike most illnesses that lead to death that we are familiar with, where symptoms gradually worsen over long periods of time, these stories speak of an immediate reversal from perfect health to a sudden and shocking downward spiral of unexpected symptoms including unresponsiveness, seizures, screaming, head banging, loss of speech, etc. Isn't the most common-sense conclusion that this may have been caused by the known toxins that were injected into the infant only days earlier?

SIDS Diagnosis: Many parents were told that their infant had died of SIDS (Sudden Infant Death Syndrome). For those unaware, SIDS is a made-up medical term that really means 'we don't know why your infant died.' In fact, according to the Mayo Clinic, 'Sudden infant death syndrome (SIDS) is the unexplained death, usually during sleep, of a seemingly healthy baby less than a year old.' How is this anything more than a contrivance used to absolve the medical industry of responsibility?

Other Questionable Diagnoses: Other diagnoses were that the infant died of 'natural causes' (as though there are any 'natural' causes for an infant to die), or in the case of Catie Clobes, her daughter Evee's death was ruled 'undetermined,' even after doctors agreed to look into all potential causes–but then didn't look into the impact of vaccines (see next).

Doctors Never Blame Vaccines: We see in story after story that doctors virtually never blame vaccines for an infant's death. It's not logical, but it is understandable when you look at the big picture. One reason doctors avoid blaming vaccines could include a fear of being sued, either as a result of their administration of the vaccines or the fact that they didn't properly warn parents of potential risks. In some cases, it may be that the doctor simply does not want to deal with the guilt, and will be willfully blind to the possibility that vaccines could cause damage, sometimes even mocking the parent for thinking such a thing. Again, in the case of Catie Clobes, the pathologist refused to test the role of the vaccines in Evee's death as Catie had requested, saying "It's not medically necessary, there is no medical reasoning, and it's not medically approved." Doctors and nurses involved are often tight-lipped, cold, and try to close inquiry down as quickly as possible.

Industry Never Admits Liability: In one story a nurse told a grieving mother about the 'Vaccine Adverse Event Reporting System' (VAERS) and how she could sue for compensation, but the nurse told the mother she could get in trouble for telling her. Imagine! Doctors and nurses are perpetually denying the possibility that vaccines might have caused the fatality, under fear of reprisal. Those few doctors who are willing to back up a patient's suspicion that vaccines are the cause of damage can lead their patients to a successful award in the VAERS court, which has already paid out over $4 billion in settlements. Does $4 billion in settlements, where ill-equipped and grieving individuals take on a massive industry with top lawyers at their disposal and win, suggest that vaccines have been proven to be harmful? But get this–the court is set up as a firewall for the vaccine industry, which does not have to admit liability even if it is successfully concluded in the court that vaccines caused severe injury or death. The reason? It was argued that if the vaccine companies were liable for damage, the whole vaccine industry would be out of business. As if that should even matter when it comes to the health of our children.