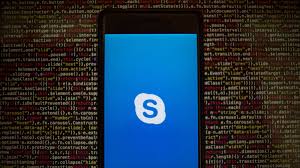 Well, when you have what you think is a private conversation with Alexa, or the Google Assistant, or Siri, numerous reports have emerged in recent weeks revealing that other humans might be listening too (although Apple has since revised its policy).

Now it turns out that Microsoft is probably listening to some of your Skype calls if you're using a tool called Translator. Skype launched the clever feature in 2015, offering near-real-time audio translations during phone and video calls. But a new report from Motherboard reveals that Microsoft sends some Skype recordings to its contractors to review how the translation services worked, according to a cache of "internal documents, screenshots, and audio recordings" obtained by the site's reporters.

Audio conversations include "people talking intimately to loved ones, some chatting about personal issues such as their weight loss, and others seemingly discussing relationship problems."

While Skype's website says that it may "analyze audio of phone calls that a user wants to translate in order to improve the chat platform's services," it never spells out that the people analyzing the calls are humans as opposed to AI, Motherboard points out. The news is not so much surprising as unsettling.