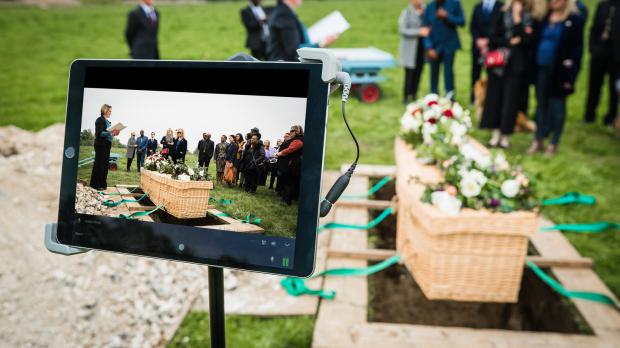 The call came on January 2. It was early enough in the morning that Natalie Levy probably shouldn't have been awake—she had recently left a high-stress job at a private-equity firm in San Francisco, and was determined to relax a bit—but her dog had woken her up.

It was her sister on the line. "When's the last time you spoke to mom?" Levy remembers her asking. The worry in her voice was palpable. Levy's sister was supposed to meet her mother that day in Ann Arbor, Michigan, where both lived, but the mother didn't show.

Levy felt the panic rising. "Within probably an hour and a half, I was calling the Ann Arbor police, crying on the phone," Levy recalled. "Something seemed so off." Then, another call from her sister, who had searched her mom's house with neighbors: They had found a receipt for a gun in the kitchen.

The call from her brother-in-law came shortly after midnight. He was crying and barely able to get the words out, Levy recalls. "He said they found her body on the outskirts of Ann Arbor, in a park," she says between quiet sobs and shaky breaths. "It's like you're just living a nightmare. You don't think it's true. They say it takes about four months, with suicide, for it to fully set in."

Within a few hours, Levy was on a plane to Michigan, where she and her family quickly planned the funeral. The suddenness of it all left them with an all-too-common problem: Tracking down the people whose lives her mother had touched, and giving them a chance to mourn with fellow loved ones.

There were friends who couldn't travel and family members who lived too far away to make it in time for the service, which, by Jewish tradition, had to happen as soon as possible. But their chapel had a solution: It livestreamed the funeral, and uploaded a recording of the service to its website shortly after, with a hyperlink prominently displayed in the obituary.

"There was no question we wanted to do the remote [viewing], to make sure that [it was] something that [was] accessible if somebody was sick or if somebody couldn't make it. I think that's really important," said Levy. She says some extended family members her mother had reconnected with late in life were extremely grateful they could participate remotely, as were the half-dozen or so other friends and family members she recalls tuning in live.