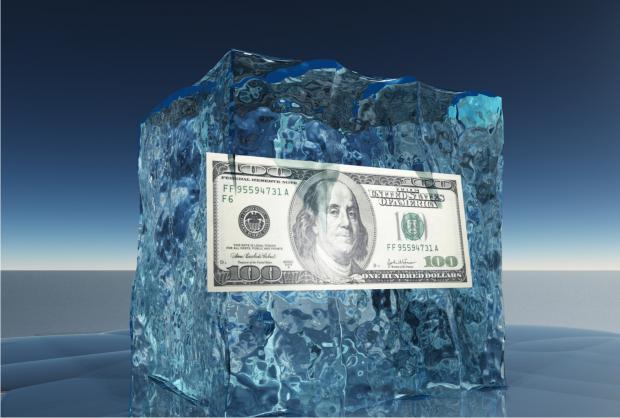 When we think of the unbanked, we envisage citizens of developing nations who lack the means and documentation to obtain access. But you don't have to be a Mongolian goat herder to find yourself financially excluded. In the West, relatively affluent citizens are having their banking services withdrawn suddenly and without warning. Their 'crime'? Buying and selling bitcoin.

Banks, like politicians, are a necessary evil. Few people wax lyrical about them, but begrudgingly accept that they are an unavoidable part of civilized society. In the 20 years I've banked with Natwest, I've had plenty of cause to bitch about them. Their service is poor and their products inadequate, and like most of their kind, will have gone the way of print media in a decade, as better forms of money and better means of doing business render the banking system obsolete. In the here and now, though, I depend on my bank, because a man can't live on crypto alone.

Banking is one of the few constants in our lives. Friends and employers come and go, but ever since opening an account in our formative years, we are prone to sticking with our bank through thick and thin. I was no different up until Wednesday, when my tenure with Natwest came to an abrupt end after they pulled the rug from under my feet, prompting me to rage quit. As a result, I no longer have a bank account, a resource that most people my age would not only take for granted, but would have toiled over for years to accrue a five-figure balance at minimum.

The story of my banking blockade isn't tragic or deserving of sympathy. But it warrants telling nonetheless, for it will be familiar to a number of readers who have bought or sold bitcoin. If this can happen to me, it can happen to anyone.

A Plague on All Your Banking Houses

Like most people who work in the cryptoconomy, I have cause to cash out bitcoin for fiat sporadically to pay the bills. I've used Localbitcoins (LBC) for this purpose since 2013, typically selling a couple of hundred bucks at a time, with the buyer transferring the funds to my bank account. On occasions, I've had cause to sell higher amounts, but never enough to trigger money laundering checks or prompt awkward questions from the bank. I'm not that dumb. As a result, I've successfully completed hundreds of trades on LBC without triggering the involvement of my bank.