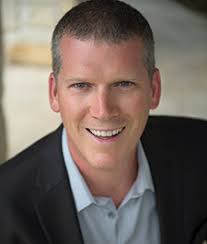 For years, we've warned that Big Pharma's business model is a "repeat business" racket that profits from sickness and disease. We also know that cancer is a multi-billion-dollar industry that generates huge profits from the repeat business of cancer "therapies" such as chemotherapy and radiotherapy. Now comes news that a popular blood pressure drug sold by Novartis has been found to be laced with a cancer-causing chemical known as "dimethylformamide."

"A pharmacy warned the Food and Drug Administration that it found a chemical believed to cause cancer in a widely used blood pressure medication, according to a filing from the federal agency," reports CNBC.

The drugs are part of a popular class of prescription medications the FDA has been quietly recalling after finding them to be laced with cancer-causing chemicals. Those drugs reportedly include valsartan, losartan and irbesartan.

Even more astonishingly, this chemical contamination was discovered by Valisure, an online pharmacy that operates across America. Valisure is apparently running contamination tests on the various medications it sells, and it found that valsartan, the blood pressure medication manufactured by Novartis, contains DMF (dimethylformamide), a chemical known to cause cancer.

A pharmacy that tests the products for contaminants before retailing them… shouldn't the FDA be doing this?

Here's what else is fascinating: Valisure is to pharmaceuticals what the Health Ranger Store is to nutritional supplements and superfoods. Both organizations run in-house laboratories that use mass-spec analysis to ensure the clean nature of the products being sold. Valisure says about itself, "We're the only pharmacy that chemically tests every batch of every medication we sell, at no additional cost." This is exactly what we do for superfoods at HealthRangerStore.com, too. In fact, Valisure's lab and our lab use the same instrumentation. In our case, we use ICP-MS for heavy metals tests and HPLC-MS-MS for glyphosate, AMPA, atrazine and pesticide tests. Valisure is using GC-MS, which is a gas chromatography version of mass spec analysis.

Both Valisure at our own in-house lab (CWC Labs) are ISO-17025 accredited laboratories. This is why when Valisure issues this announcement about a cancer-causing chemical in blood pressure medications, it gets my attention.

In a March 15 press release, Valisure described how it's testing medications for cancer-causing chemicals:

Valisure, the first online Analytical Pharmacy, announced it has expanded its testing capabilities to screen samples from all batches of medications it dispenses for the cancer causing contaminants N-Nitrosodimethylamine (NDMA), N-Nitrosodiethylamine (NDEA), and N,N-Dimethylformamide (DMF), the chemical solvent that has been implicated in the production of these impurities.