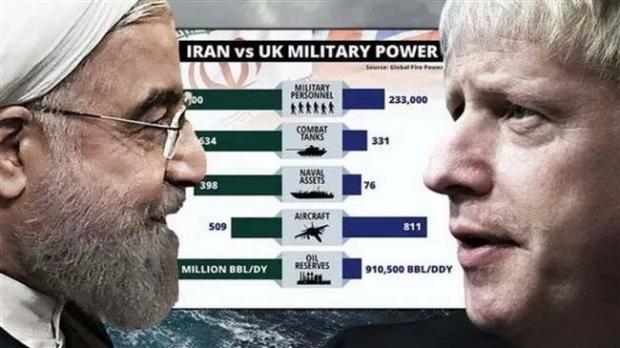 "A comparison of the UK and Iran's military strength shows Britain falling behind when it comes to manpower, land and naval strength and petroleum resources," reported the paper on Saturday.

The report cited data released by the Global Fire Power (GFP) group, demonstrating that Iran held a better standing among much of the criteria commonly used to compare a country's potential strength for a potential military standoff.

The paper highlighted that Iran benefited from a superior number of military personnel, combat tanks, naval and artillery assets, along with nearly 40 million people fit for service, nearly double the amount of people available to the UK.

The paper noted, however, that Britain had more superior air power compared to Iran.