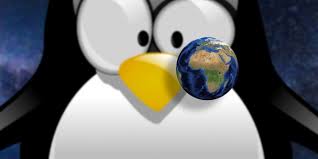 Linux doesn't only run on home computers. You will also find it in far more exciting devices and projects. It's particularly common where the proprietary nature of Windows and macOS is not suitable.

Let's take a closer look who uses Linux and consider some of most unusual ways people and companies around the world.

The Large Hadron Collider (LHC) is the world's largest and most powerful particle accelerator. It's a 17-mile long circular tube buried 175 meters below the French-Swiss border near Geneva.

It's common knowledge that the facility has been a resounding success from a scientific perspective. But the LHC is also a computing miracle.

In its first 12 months of operation, the LHC produced more than 50 petabytes of data. The team needed 170 computing centers across 42 countries to analyze it all in a timely manner. It is the largest distributed computing grid in the world.

Linux runs both the LHC itself and the associated data centers. To be more precise, the LHC uses a modified version of Scientific Linux.

In 2006, the Federal Aviation Administration (FAA) migrated its entire computing operation over to Linux, including all the machines that track planes while they're on radar.

The organization moved from a proprietary form of Unix to Red Hat Enterprise Linux.

The decision was part of a wider FAA decision to move away from proprietary software and instead focus on apps using Java, web services, open-source software, and Oracle products.

Fast-forward to today, and Linux is responsible for the safety of the 8,000 planes that are in the sky above the US at any given time.

3. Putting Milk on Your Cornflakes