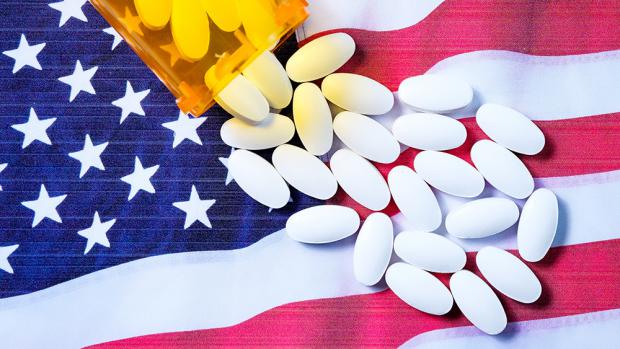 (Natural News) A United States District Judge by the name of Dan Polster has blown the lid on America's massive opioid epidemic, revealing how major corporations like Walgreens, CVS, and Walmart all contributed to funneling billions of pills of dangerous opioid pharmaceuticals into nearly every community across the country between 2006 and 2012.

Based on data that's now been made public from the Drug Enforcement Agency's (DEA) Automation of Reports and Consolidated Orders System (ARCOS), it's clearer than ever that Big Pharma, via its vast network of corporate distributors, drove an astounding 76 billion pills of oxycodone and hydrocodone into pretty much every zip code in America during the aforementioned six-year period, creating a nationwide addiction epidemic that's killed at least 100,000 people.

Just six companies – McKesson Corp., Walgreens, Cardinal Health, AmerisourceBergen, CVS, and Walmart – distributed a whopping 75 percent of this opioid payload across the country. And just three companies – SpecGx, a subsidiary of Mallinckrodt; Actavis Pharma; and Par Pharmaceutical, were responsible for manufacturing 88 percent of these opioids.

"The public release of pre-2012 ARCOS data, which shows how prescription opioid pills flooded American communities, is a positive and transparent step forward," stated Paul Hanley, Paul Ferrell, and Joe Rice, attorneys for the plaintiffs in a case against these Big Pharma cartels, in a statement.

"The data provides statistical insights that help pinpoint the origins and spread of the opioid epidemic."

For more related news, be sure to check out Opioids.news.

Amazingly, the state of Florida became something of a distribution center for all of these billions of opioid pills, which were transported on the "Blue Highway" – since oxycodone tables are blue in color – to states like Georgia, Kentucky, West Virginia, and Ohio, where the opioid crisis is most severe.

Between 2008 and 2012, more than 500 million opioid pills were shipped from Florida to these "prohibition" states where medicinal, pain-relieving herbs like cannabis are "illegal." This is important to point out because studies have shown that in states where marijuana is now legal, opioid prescriptions, and thus opioid abuse rates, have plummeted substantially.