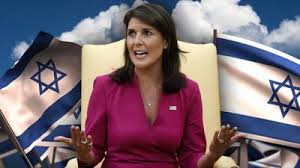 In late June, President Donald Trump flailed away with his own particular brand of nondiplomacy at the G20 Summit in Japan, but it is worthwhile noting on the plus side that his administration is so inept that it could not even plan and execute a proper coup in Venezuela. Nor has it been able to concoct sufficient lies about Iran effective enough to create a casus belli and unleash the B-52s. There is a certain comfort in knowing that the United States is now governed by the Three Stooges—"Larry" Trump, "Moe" Pompeo, and "Curly" Bolton—which means that starting new wars might just be beyond their cognitive ability to make mischief.

The real irony is that stupidity is both bipartisan and contagious in the federal government. The Democrats have not quite figured out that instead of playing identity politics, talking about reparations, gay rights, "undocumented migrants," and free college, they should instead be discussing more important issues, notably the impending nuclear holocaust being stumbled into by the Trumpsters, which just might bring to an end life on this planet as we know it.

A college friend recently asked me what my nightmare scenario for a totally dysfunctional foreign and national security policy might be. I responded without thinking that it really is all about war and peace, that the worst case would be the impeachment of a bumbling Trump and his replacement by a much more capable and vicious Vice President Mike Pence, who actually wants to end the world so he can be raptured up to heaven.