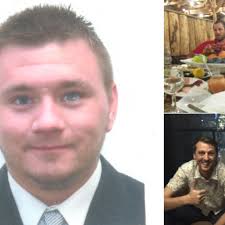 Update: Given the shocking and provocative nature of Iran's claims to have penetrated and busted up a "CIA spy ring" — announcing Monday it sentenced some to death row while also claiming to present photos of their American "handlers" (many showing family and personal photos) — it didn't take long for President Trump to bat down the claims directly. He slammed the statements of Iranian intelligence officials and state media as "totally false"... "Just more lies and propaganda".

The Report of Iran capturing CIA spies is totally false. Zero truth. Just more lies and propaganda (like their shot down drone) put out by a Religious Regime that is Badly Failing and has no idea what to do. Their Economy is dead, and will get much worse. Iran is a total mess!

And further during an early Monday morning interview, Secretary of State Mike Pompeo advised caution, noting the history of Iran's lying "to the world".

"It's part of their nature to lie to the world," Pompeo told Fox & Friends. "I would take with a significant grain of salt any Iranian assertion about actions they've taken."

Fox summarized further as to the context of Pompeo's comments: "Pictures of some of the alleged spies were reportedly shown on state TV, which also broadcast a documentary purporting to show a CIA officer recruiting an Iranian in the United Arab Emirates."

Iran has handed down the death penalty to alleged members of a CIA-spy ring inside Iran's military, which authorities said they uncovered earlier this year. And now for the first time, state media is circulating photos purporting to show some among the alleged CIA-linked operatives.

"The identified spies were employed in sensitive and vital private sector centers in the economic, nuclear, infrastructure, military and cyber areas... where they collected classified information," Iran's Ministry of Intelligence said on state television. They had been working "contractors or consultants," the statement said.