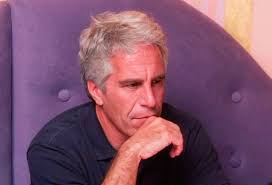 It's also a different safe than the one allegedly in an 'off-limits' room on his private island in the Caribbean.

Federal prosecutors revealed the findings during a Monday bail hearing, for which US District Judge Richard Berman said he would announce a ruling on Thursday. Some of Epstein's accusers were present during the courtroom session to oppose his request for release on house arrest pending trial for sex-trafficking underage girls. Both federal prosecutors and a federal probation office have recommended against letting Epstein out on bail, suggesting that he is a flight risk who should remain detained.

Monday's hearing follows a flurry of filings in which Epstein's defense team and federal prosecutors dueled over whether the filthy-rich money manager would go on the lam if he was released.

The government argued that Epstein's international connections and wealth—estimated at more than $500 million in a court document—meant it would be easy for him to get beyond the arm of the law.

Even if he didn't turn fugitive, prosecutors argued, Epstein has a history of witness-tampering, including wiring $350,000 late last year to two alleged accomplices after the Miami Herald published its expose on his Florida plea deal. -Daily Beast