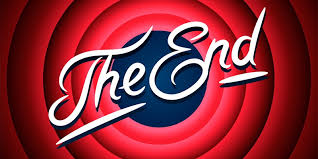 The idea that the internet should enjoy minimal government oversight precisely because it was a technology that enabled open and free speech for everyone has been turned on it's head.

Not too long ago, conventional wisdom held that the internet should enjoy minimal government oversight precisely because it was a technology that enabled open and free speech for everyone. The remedy for hateful and offensive remarks, that 1990s-vintage argument went, was more speech—or logging off.

This principle, which can be traced back through the writings of St. Thomas Aquinas and John Stuart Mill, was nicely captured in the U.S. Supreme Court's 1997 decision striking down certain speech-chilling provisions of the Communications Decency Act. "Through the use of chat rooms," Justice John Paul Stevens wrote, "any person with a phone line can become a town crier with a voice that resonates farther than it could from any soapbox. Through the use of Web pages, mail exploders, and newsgroups, the same individual can become a pamphleteer."

A generation later, Stevens' argument has been not merely discarded. It has been inverted.

Politicians now insist that the internet should be subject to increased regulations precisely because it allows that hypothetical town crier to speak with a voice that resonates farther than it could from any physical soapbox. The possibility of freewheeling online discussions has been transformed, in other words, from virtue to vice. Platforms like Facebook and YouTube increasingly face demands that they restrict content. In some cases the demands are effected through public pressure, in others through outright government censorship.

The movement to stifle online expression is still in its early stages, but it represents a fundamental threat to the principles that have allowed the internet as we know it to grow and thrive. If these efforts continue, we may soon see the end of the free and open web.

At the vanguard of the efforts to restrict online speech are, ironically, Western nations that have historically prized free expression—in particular, the European Union.

In March, members of the European Parliament approved a Copyright Directive. What's known as Article 13 of the measure (renumbered as Article 17 in the final version) will require technology companies to impose "upload filters" to scan user-provided content and remove material viewed as unlawful. If a service provider fails to delete "copyright-protected works and other subject matter," the text says, it "shall be liable for unauthorized acts of communication."

Internet pioneer Vint Cerf, World Wide Web inventor Tim Berners-Lee, Electronic Frontier Foundation co-founder John Gilmore, Wikipedia founder Jimmy Wales, and dozens of other prominent technologists denounced Article 13 as "an unprecedented step towards the transformation of the Internet from an open platform for sharing and innovation, into a tool for the automated surveillance and control of its users."

Their arguments failed. An amendment that would have removed the upload filter requirement from the Copyright Directive was defeated by five votes.

In the short term, that will probably grant an unintended competitive advantage to large U.S.-based companies such as Facebook, Google, and Twitter, which possess the resources to devise, test, and implement automatic filtering technologies. Smaller startups will find compliance more of a challenge. Nonprofit efforts such as Wikipedia and websites run by individuals are likely to shoulder even greater burdens.

Research Tools You Should Know About – #SolutionsWatch

What if the Internet was 3D and Collaborative?

Microsoft Is Using Bitcoin to Help Build a Decentralized Internet

Never mind 5G. This is what 6G could look like