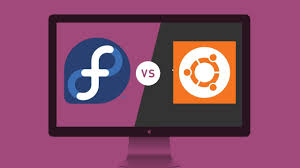 Fedora and Ubuntu are two of the most popular and well-supported Linux-based desktop operating systems. Both have been around for well over a decade and come from separate corners of the world, but the differences between them are rather nuanced.

So between Fedora vs Ubuntu, which is right for you?

How Fedora and Ubuntu Came to Be

Fedora is a free and open source Linux-based operating system that has been around since 2003. Red Hat, the world's largest open source company prior to being bought by IBM, sponsors the project. Fedora serves as the foundation for Red Hat Enterprise Linux, a version of Linux intended for companies and servers rather than personal desktop use.

Ubuntu became the most popular Linux-based operating system not long after launching in 2004. Billionaire Mark Shuttleworth created a company called Canonical whose purpose was to create a version of Linux for general computer users. Ubuntu was that desktop. For several years, Fedora's tagline has been "Freedom. Friends. Features. First." The project ships a desktop that is almost entirely free of proprietary code, with the exception being binary drivers found in the Linux kernel that enable Fedora to support the hardware found in most laptops.

Fedora developers focus on creating features that go out to the broader Linux ecosystem. For that reason, Fedora is often a showcase for functionality that alternatives will get in the upcoming months (or in some cases, such as the use of the Wayland display server, years).