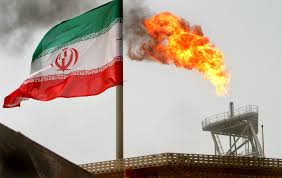 A thick veil of mystery surrounds the fire that broke out in a state of the art Russian submersible in the Barents Sea, leading to the death of 14 crew members poisoned by toxic fumes.

According to the Russian Defense Ministry, the submersible was conducting bathymetric measurements, as in examining and mapping deep sea conditions. The crew on board was composed of "unique naval specialists, high-class professionals, who conducted important research of the Earth's hydrosphere." Now the – so far unnamed – nuclear-powered vessel is at the Arctic port of Severomorsk, the main base of Russia's Northern Fleet.

A serious, comprehensive military investigation is in progress. According to the Kremlin, "the Supreme Commander-in-Chief has all the information, but this data cannot be made public, because this refers to the category of absolutely classified data."

The submersible is a Losharik. Its Russian code is AS-12 (for "Atomnaya Stantsiya" or "Nuclear Station"). NATO calls it Norsub-5. It's been in service since 2003. Giant Delta III nuclear submarines, also able to launch ICBMs, have been modified to transport the submersible across the seas.

NATO's spin is that the AS-12/Norsub-5 is a "spy" sub, and a major "threat" to undersea telecommunication cables, mostly installed by the West.