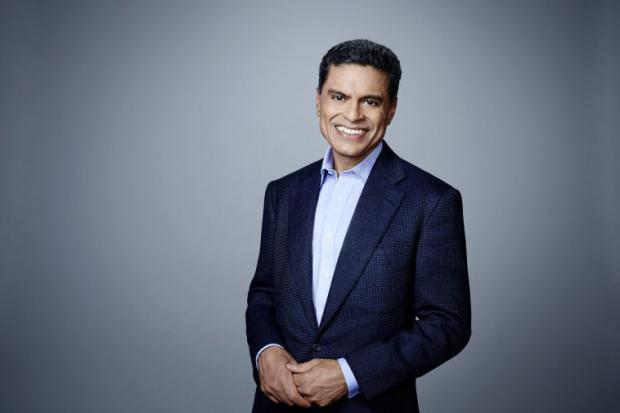 Even CNN Leftists Are Agreeing With Trump...

CNN's Fareed Zakaria is siding with President Donald Trump regarding the crisis facing the U.S.'s asylum system, which he said is being "gamed" by many asylum seekers.

"It pains me to say this, but he is right, that the United States faces a crisis with its asylum system," Zakaria said of Trump on his show Sunday.

"A much larger fix is needed," Zakaria argued. "The criteria for asylum need to be rewritten and substantially tightened."

It is a surprising admission by Zakaria, whose network has been heavily critical of Trump and his administration's handling of the migrant crisis at the southern border.

Democrats have assailed the administration over conditions at border facilities housing tens of thousands of Central American migrants. But as Zakaria notes, the system has been taxed by a skyrocketing number of asylum applications. He said that 162,000 asylum claims were submitted in 2018, more than 240 percent more than in 2014.

Zakaria noted that asylum was initially designed to help people fleeing regimes where they face persecution by their governments. But the standard has broadened over the years to include fears of street violence and domestic abuse threats, he said.

"These looser criteria coupled with the reality that this is a safe way to enter the U.S. have made the asylum system easy to abuse," said Zakaria, who also noted that the murder rate in Central American countries that are home to a majority of asylum seekers has been cut in half in recent years.

That has led to a "staggering backlog" in immigration courts and at border facilities, the CNN host said. Both the Trump and Obama administrations have also used a "metering" system that limits how many asylum cases are reviewed at ports of entry.

A Salvadoran father and his child drowned in June while trying to cross the Rio Grande. The family was waiting in Mexico to having a meeting about their asylum claim, but the father, Óscar Alberto Martínez Ramírez, grew impatient and decided to cross the river. Democrats and many in the press seized on the tragedy to attack the Trump administration's immigration policies, but it appears unlikely that Ramírez would have had a legitimate claim to asylum. His mother also told reporters that she warned him not to make the dangerous journey through Mexico to try to enter the U.S.

"It's also clear that the rules surrounding asylum are vague, lax and being gamed," said Zakaria.