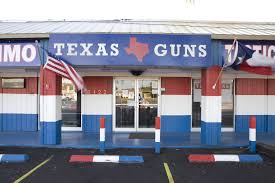 On Christmas Eve in 2009, Ezekiel Gilbert paid an escort he found on Craigslist $150 for what he thought would be sex. Instead, according to the San Antonio Express-News, 23-year-old Lenora Frago left his apartment after about 20 minutes without consummating the act. Gilbert, now 30, followed her to a car with a gun and shot her in the neck through the passenger-side window. Frago became paralyzed, and died about seven months later. Gilbert admitted to shooting her but contended that he did not intend to kill.

Gilbert was tried for murder. Last Wednesday, a Texas jury ruled that his actions were legal. That's because Texas penal code contains an unusual provision that grants citizens the right to use deadly force to prevent someone "who is fleeing immediately after committing burglary, robbery, aggravated robbery, or theft during the nighttime from escaping with the property."

Texas A&M Professor Mark Hoekstra, who studies the effectiveness of lethal-force provisions in self-defense law, says the protection-of-property element of the deadly force law is "pretty unique to Texas." Within Texas, however, the case was not unique. In 2010, the law protected a Houston taco-truck owner who shot a man for stealing a tip jar containing $20.12. Also in Houston, a store clerk recently killed a man for shoplifting a twelve-pack of beer, and in 2008 a man from Laredo was acquitted for killing a 13-year-old boy who broke into his trailer looking for snacks and soda.

Texas law also justifies killing to protect others' property. In 2007, a man told 14 times by a 911 operator to remain inside during a robbery gunned down two thieves fleeing from his neighbor's house. ("There's no property worth shooting somebody over, OK?" the operator said on the call. The shooter's response: "The law has been changed….Here it goes, buddy! You hear the shotgun clickin' and I'm goin'!") He was acquitted the next year.

So-called "justifiable homicides" are on the rise in Texas, where in 2007 Governor Rick Perry expanded already expansive lethal-force laws to allow Texans to kill in their vehicles and workplaces in self-defense or in any location to stop "aggravated kidnapping, murder, sexual assault, aggravated sexual assault, robbery, or aggravated robbery." Though the penal code has included the clause discussing "theft during the nighttime" since the 1970s, some Texans might have taken the 2007 change as a declaration of open season. From 2002 to 2006, there were 146 cases of justifiable homicide committed by private citizens. From 2007 to 2011, the number jumped to 224, an increase of more than 50%.

'The situation is out of control':