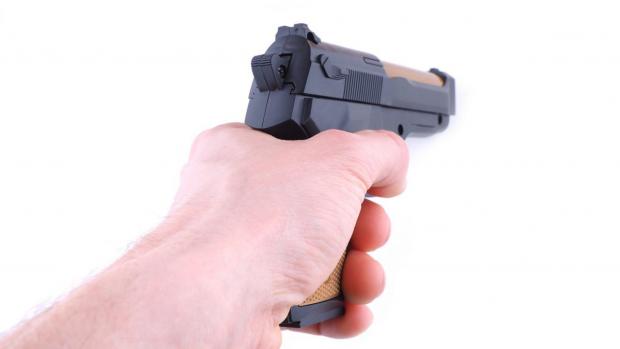 Most of the party's presidential contenders show little or no concern for the right to armed self-defense.

The New York Times recently asked 21 Democratic presidential contenders a question about firearms, and none of them advocated gun control. Instead they called for "common-sense gun safety," a euphemism that reflects a general caginess about how far they would go in restricting the constitutional right to keep and bear arms.

"In an ideal world," the Times asked, "would anyone own handguns?" Many of the answers reinforce the impression that the Democratic Party is increasingly hostile to the Second Amendment.

Sen. Cory Booker (D-N.J.), who has made gun control a centerpiece of his campaign and seems to view armed self-defense as a privilege rather than a right, gave the longest response but managed to dodge the question entirely. In place of policy details, Booker offered outrage at gun violence, coupled with the snake-oil promise that "we will end this crisis by doing the kind of common-sense things that will make our nation safe."

Julián Castro, Barack Obama's secretary of housing and urban development, was more forthright, saying "people would not own handguns" in his ideal world and arguing that handgun bans have made other countries safer. Unfortunately, he said, the U.S. Supreme Court "has ruled that people do have a right to bear arms," so "for the time being" people who disagree with that decision will have to be satisfied with milder measures.

Rep. Seth Moulton (D-Mass.) also was open to the idea of banning handguns, which would be plainly inconsistent with the Second Amendment as the Court has interpreted it. "The fact of the matter is that handguns cause a lot of deaths around the country," Moulton said, and "we can have a good debate about whether they should be allowed to be free."

Former Maryland congressman John Delaney seemed to share Castro and Moulton's distaste for the right to arms. "We don't live in an ideal world," he said. "We live in a country where we have the Second Amendment, which I support." Delaney simultaneously supports the Second Amendment and wishes it did not exist.

Sen. Amy Klobuchar (D-Minn.) also contradicted herself, insisting that "I have never come out for banning guns," even while bragging about her support for banning so-called assault weapons, which are distinguished from other firearms by arbitrarily selected features that do not affect their lethality. Rep. Eric Swalwell (D-Calif.) did her one better, saying he favored "banning and buying back"—i.e., confiscating—"15 million assault rifles."