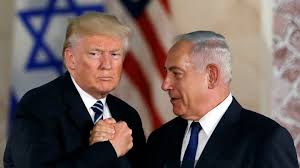 Israel has controlled East Jerusalem and the walled Old City since the 1967 war in which it also occupied the adjacent West Bank. It has effectively treated them as annexed territory ever since.

To consolidate its grip on the Old City, Israel has demolished homes and expelled Palestinian residents, empowered Jewish settlers, and imposed sweeping restrictions that make it virtually impossible for most Palestinians to pray at the Al-Aqsa Mosque, one of the holiest sites in Islam.

The final status of the Old City has been the subject of various proposals ever since the United Nations' 1947 partition plan, which proposed that it should fall under a special international regime, separate from the division of historic Palestine into Arab and Jewish states because of its shared importance to Muslims, Jews and Christians.

The Palestinians claim East Jerusalem, including the Old City, as the capital of a future state, while Israeli leaders have claimed Jerusalem as the state's "eternal capital" since 1949.