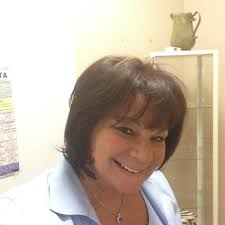 In Oliver Stone's and Peter Kuznick's film an early episode discussing the differences between President Roosevelt's attitude towards Russia, as opposed to that of President Harry Truman, who was amazingly cavalier about using an atomic bomb in a preemptive strike, noted that Roosevelt's polio likely made him more compassionate towards the Russians, given the suffering they endured (over twenty-seven million lives lost) after Hitler's invasion. I mention this because I observe throughout the series of episodes the governing characteristic of Washington's elites, including its politicians, generals, industries, media—the entire Deep State apparatus—is a complete lack of compassion or empathy, resulting in an aggressive militaristic posture and endless war.

I mention this lack of empathy now because after the recent downing of an American drone by Iran (today as I write this on the afternoon of Thursday, June 20th) war—which for America is typically a bombing campaign—appears "highly likely, "to borrow a well-turned phrase from the political class of the United Kingdom. Iran has been demonized for decades, so it's difficult to imagine Iranians as human beings and not, as portrayed in films suchs as Argo, as demented Muslim fanatics.

While in his press conference President Trump reiterated his desire not to start any new Mid-East war, and indicated the action might have been by a rogue element in Iran and unintentional, it is possible he will be, as Stone's film depicted in past events, backed into a corner and the tensions will spiral out of control, devolving into a hot war between America and Iran, although as I pointed out in my latest piece for LewRockwell.com nuclear war between the superpowers should prove unlikely—but not impossible.

On a YouTube channel years ago that has now been eliminated in the purge, I recall an interview with an Israeli military officer, and he said, if memory serves, that the reason Iran is the enemy of Israel is because "they are like us," meaning their industriousness, their education, their national pride. This officer stated a sad truth: Iranians are perhaps the mirror image of Israelis; they are human beings with qualities to admire and to deplore.

Recently, LewRockwell.com published a piece from Voltairenet.org, entitled Secret Tripartite Summit in Jerusalem, which contained the following statement: "The case of Iran is the main problem today. Indeed, the majority of its leaders do not approach this question from a political point of view, but from a religious standpoint. A Chiite prophecy assures that the Jews will reform a state in Palestine, but that it will quickly be destroyed. The Supreme Leader of the Islamic Revolution, Ayatollah Ali Khamenei, holds this text to be canon law. He follows the count-down and affirms that Israël will have disappeared within 6 years (in 2025)."

However, I reached out to The Saker, who has Iranian correspondents blogging on his website and he recently conducted an indepth interview with one of them (that I shall refer to momentarily) to confirm the accuracy of that assertion. One replied through him via email:

"Salaam. [I] never heard of this Shiite prophecy. But the Surah 17 of the Quran can be read as such a prophecy. And Sayed Khamenei does consider, as Sayed Nasrallah, that Israel's end is for our generation. And We gave (clear) warning to the Children of Israel in the Book that twice would they do mischief on the earth and be elated with mighty arrogance (and twice would they be punished)!"

He provided a link to this website and the post "There Will Be No Such Thing as Israel in 25 Years." If this English translation is accurate, in my interpretation it is less a threat than an opinion to the point of a belief that the State of Israel's destructive and militaristic policies will ultimately become self-destructive; certainly it's an aggressive statement but it is not a religious prophecy. But then again, Trump's Tweets are often very aggressive and hostile; recently, he apparently threatened Iran with nuclear anhiliation. There is no clear evidence that actions taken by Iran will be the cause of this destruction of Israel, in my opinion. The statement is dated July 1, 2016 and I reproduce it below in full:

1 Comments in Response to Seeing Iranians As Human Beings

Wikipedia repeats the CIA Factbook about the religion of Iran - https://en.wikipedia.org/wiki/Religion_in_Iran. Ninety to 95 percent of Iranians are Shiites - Iranian official religion - with almost all the rest of them some other branch of Islam. --- Note that Islam is a government besides a religion. Note that Islam is not a religion of peace towards people of other religions, and often towards members or their own religion - https://www.thereligionofpeace.com/pages/quran/violence.aspx. --- It is absolutely right to recognize individual Muslims as human beings, but it is also right to recognize collective Islamic governments as enemies of all other governments, as well as enemies of people of all other religions. Act as wisely with them as you would with a violent murder-convict who was set free by any of our prisons.