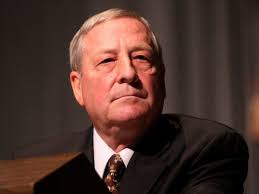 It has been a lively June so far in light of Washington's apparent zeal to remake the world in its own image. There is considerable buzz among those networking in ex- or current government circles that the White House is preparing to "do something" about Iran. The recent incidents involving alleged attacks on Norwegian and Japanese tankers in the Gulf of Oman were immediately attributed to Iran by Secretary of State Mike Pompeo with so little regard for evidence that even the compliant American media was left gasping. In its initial coverage of the story The New York Times inevitably echoed the administration's claims, but if one went to the readers' comments on the story fully 90% of those bothering to express an opinion decided that the tale was not credible for any number of reasons.

Several commenters brought up the completely phony Gulf of Tonkin incident of 1964 that led to the escalation of American involvement in Vietnam, a view that was expressed frequently in readers' comments both in the mainstream and alternative media. Others recalled instead the fake intelligence linking Iraq's Saddam Hussein with the 9/11 conspirators as well as the bogus reports of an Iraqi secret nuclear program and huge gliders capable to delivering biological weapons across the Atlantic Ocean.

There were a number of questionable aspects to the Pompeo story, most notably the unlikelihood that Iran would attack a Japanese ship while the Japanese Prime Minister was in Tehran paying a visit. The attack itself, attributed to Iranian mines, also did not match the damage to the vessels, which was well above the water line, a detail that was noted by the Japanese ship captain among others. Crewmen on the ship also reportedly saw flying objects, which suggests missiles or other projectiles were to blame, fired by almost anyone in the area. And then there is the question of motive: the United States, Israel, Saudi Arabia and the Emirates all want a war with Iran while the Iranians are trying to avoid a B-52 attack, so why would they do something that would virtually guarantee a devastating response from Washington?

What is going on with Iran is certainly front-page material but there are two other stories confirming that brain-dead flesh-eating zombies have somehow gained control of the White House. The first comes from David Sanger of The New York Times, who reported last week that the United States had inserted malware into the Russian electrical grid to serve as both a warning and a possible response mechanism should the Kremlin continue with its cyberwarfare ways.

The astonishing thing about the story is the casual way it is presented because, after all, inserting malware into someone's electrical grid might well be considered an act of war. The White House responded to the story with a tweet from the president claiming that "This is a virtual act of Treason by a once great paper so desperate for a story, any story, even if bad for our Country…" though he did not state that the account was untrue. In fact, if it was actually treason, that would suggest that the news article was accurate in its description of what must be a Top Secret program. But then Trump or one of his advisors realized the omission and a second tweet soon followed: "…..ALSO, NOT TRUE!"

Assuming that Sanger did his job right and the story is actually correct, a number of aspects of it might be considered. First, interfering with a country's electrical grid, upon which so many elements of infrastructure depend, is extremely reckless behavior, particularly when the activity has been leaked and exposed in a newspaper. Sanger explained the genesis of his story, revealing that he had been working at it for several months. He wrote: "The United States is stepping up digital incursions into Russia's electric power grid in a warning to President Vladimir V. Putin and a demonstration of how the Trump administration is using new authorities to deploy cybertools more aggressively, current and former government officials said. In interviews over the past three months, the officials described the previously unreported deployment of American computer code inside Russia's grid and other targets as a classified companion to more publicly discussed action directed at Moscow's disinformation and hacking units around the 2018 midterm elections. Advocates of the more aggressive strategy said it was long overdue, after years of public warnings from the Department of Homeland Security and the F.B.I.that Russia has inserted malware that could sabotage American power plants, oil and gas pipelines, or water supplies in any future conflict with the United States."

The Sanger story elaborates: "Since at least 2012, current and former officials say, the United States has put reconnaissance probes into the control systems of the Russian electric grid. But now the American strategy has shifted more toward offense, officials say, with the placement of potentially crippling malware inside the Russian system at a depth and with an aggressiveness that had never been tried before. It is intended partly as a warning, and partly to be poised to conduct cyberstrikes if a major conflict broke out between Washington and Moscow. The commander of United States Cyber Command, Gen. Paul M. Nakasone, has been outspoken about the need to 'defend forward' deep in an adversary's networks to demonstrate that the United States will respond to the barrage of online attacks aimed at it. President Trump's national security adviser, John R. Bolton, said the United States was taking a broader view of potential digital targets as part of an effort to warn anybody 'engaged in cyberoperations against us.' 'They don't fear us,' he told the Senate a year ago during his confirmation hearings."