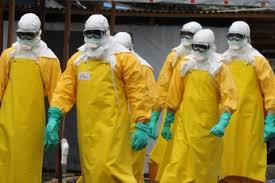 All it takes is one virus particle." says Elaine Donelly, president of the Center for Military Readiness, she has repeatedly stated this fact for the last 4 years. Donelly further elaborated that, "I'm just appalled. Judging from this, the United States seems to have a very confused vision of what 'national security' means." So, she is clearly referring to the fact that there is no regard for the health and safety of the public as we continue and purposely admit unscreened immigrants who are carrying diseases, in some cases, deadly diseases.

Part One of this series dealt with how the drug trade and narco-terrorism is being exported to the United States. Part one made it clear that the drug trade is being decentralized under crime bosses from organizations like HSBC Band and the Clinton Foundation. It is a form of franchising and this represents the future law enforcement overthrow, as well as the cultural demise of the United States by turning America into a narco-terrorist state like Columbia, Mexico, Peru, etc. A future part in this series will clearly demonstrate that this invasion is well underway, has the support of powerful politicians and heads of Federal and state agencies, and enjoys almost complete anonymity from the mainstream media.

Many of us in the Independent Media feel strongly that America needs to be "softened up" prior to the unleashing of a civil war which will quickly be followed by an invasion of this country. The globalists are desperate to take down America and it appears that this is their chosen path that is being unveiled before our very eyes.