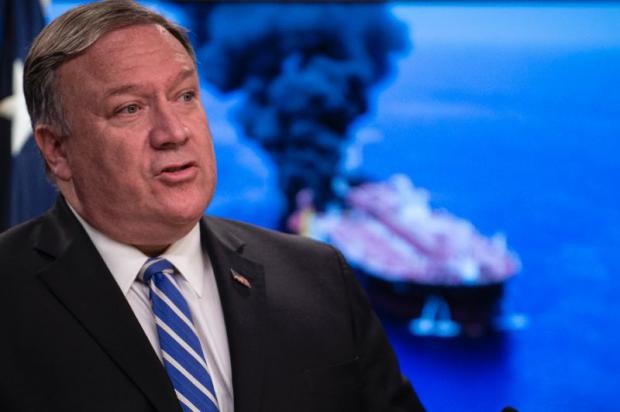 Pompeo confirmed in an interview with CBS that a US MQ-9 "Reaper" drone was shot down June 6 with a missile fired from Yemen "that we assess had Iranian assistance."

Pompeo would not be drawn on what options the US is considering to protect shipping -- or to punish Iran -- in the wake of Thursday's attacks on two tankers in the Gulf of Oman, but reiterated that President Donald Trump is not seeking war with Iran.

"What you should assume is we are going to guarantee freedom of navigation throughout the strait," he said in an interview on "Fox News Sunday."

Iran has denied the US charges as "baseless" and said they were made without "a shred of factual or circumstantial evidence."

A third of the world's seaborne oil supply passes through the Strait of Hormuz, a narrow channel bordered to the north by Iran that links the Gulf with the Gulf of Oman.

"This is an international challenge, important to the entire globe. The United States is going to make sure that we take all the actions necessary, diplomatic and otherwise, that achieve that outcome," Pompeo said.