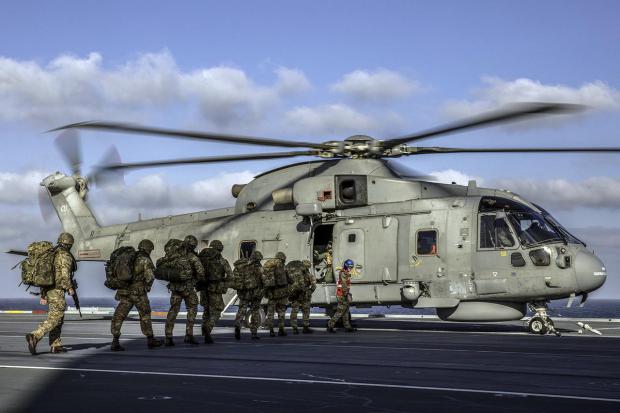 Iran says it has summoned the British ambassador over the weekend after the UK publicly came out in support of the White House assessment pinpointing Iranian forces behind last Thursday's two tanker attacks in the Gulf of Oman.

Last Friday Foreign Secretary Jeremy Hunt said the attacks were "almost certainly" carried out by Tehran. Hunt also warned of the "great risk" of Iran drifting toward war against the US and its allies during a television interview.

Crucially, Britain is set to deploy 100 Royal Marines to the Persian Gulf in order to form a "rapid reaction force" to protect UK assets in the region.

According to the Sunday Times:

Military sources said that 100 marines from 42 Commando, based near Plymouth, will form a rapid reaction force, Special Purpose Task Group 19. They will operate from ships patrolling the region from Britain's new naval base in Bahrain.

The marines are expected to arrive in Bahrain "within weeks" as well as a team of British experts to assist in investigating precisely what materials were used in the tanker attacks, which contradictory accounts say could have been mines or torpedoes, or even an aerial projectile.

UK defence minister and MP Tobias Ellwood told Sky's Ridge on Sunday: "We have a substantial presence in the Middle East that looks after our interests there. We understand the Middle East, we have a number of allies there as well."

UK To Roll Out 'Covid Passports' For Sporting And Music Events

It's officially an offence now to LEAVE England