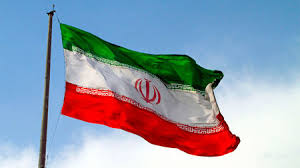 Supply was up, stockpiles were building and speculation was pointing towards $40 a barrel, a price at which the fracking/shale oil "miracle" would evaporate. A trillion dollars of related junk debt would default, taking a big part of the leveraged speculating community along for the ride.

Then it all changed. Someone attacked some ships and oil infrastructure in the Middle East, the US and Saudi Arabia accused Iran, and now the fear is that a major regional war will interrupt the flow of oil, sending its price way up and causing a financial crisis at least as severe as a shale oil debt collapse.

This is a legitimate concern, for two reasons.

First, oil shocks have happened in the past, most notably during the Arab-Israeli war of the 1970s. So we know what they do, and it isn't pretty. Gas prices jump, workers can't afford their commute, the economy slows dramatically and pretty much everyone other than domestic energy companies suffers badly.