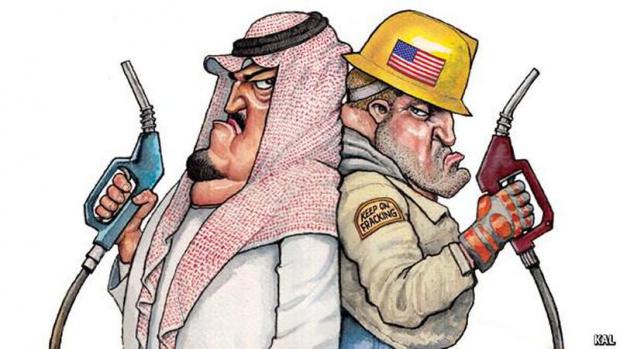 A few weeks ago, OPEC+ was mulling the possibility of exiting the production cut agreement because the oil market was at risk of over-tightening. Now Saudi Arabia is scrambling to extend the cuts and may even unilaterally lower its own production further in an effort to head off a price slide.

On Monday, officials from Saudi Arabia and Russia reportedly discussed a possible scenario in which oil prices crashed below $40 per barrel, a recognition that the market has rapidly deteriorated. They view that outcome as a possibility if they can't agree on an extension. "Today there are big risks of oversupply," Russian Energy Minister Alexander Novak said in Moscow after meeting with Saudi oil minister Khalid al-Falih. "We've agreed that we need to run a deeper analysis and to see how events unfold in June."

Russian President Vladimir Putin seemed to fuel speculation of a rift in Vienna in comments to Interfax news last week.

"Of course Saudi Arabia wants oil prices to remain higher," the Interfax news agency quoted Mr. Putin as saying. "But we have no such need due to the more diversified nature of the Russian economy."

The Saudis, of course, are desperate to prevent such a downward spiral. "Both at the bilateral and the OPEC+ level, we work in order to take preventive steps so as not to allow that scenario to happen," al-Falih said in Moscow. He is undoubtedly trying to convince Novak of the wisdom of extending the production cuts. Perhaps to sweeten the pot, Saudi Arabia is considering investments in "multiple" projects in Russia, including the Arctic LNG 2 gas project, a stake in Russian petrochemical company Sibur Holding, along with other projects in partnership with Gazprom and Rosneft, Bloomberg reports.

The outlook for the oil market has darkened rather quickly. Less than a month ago, the IEA predicted a rather significant supply deficit in the second quarter even as it acknowledged some cracks in demand. But since then things have seemingly taken a turn for the worse, with oil posting its worst month since the financial crisis.