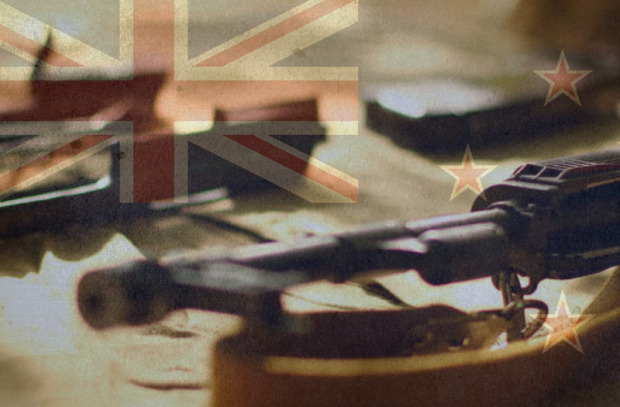 In the wake of the Christchurch mosque massacres, gun confiscation fizzles as Kiwis ignore new law.

New Zealand politicians who rushed to enact nationwide gun confiscation following the Christchurch mosque massacres are befuddled by the lack of enthusiasm from citizens who have yet to comply with the new law. The so-called "gun reform" was expected to rid the vast New Zealand countryside of most semi-automatic firearms, magazines over a specified limit, and shotguns.

Two months ago, Reuters breathlessly reported, "New Zealand police expect tens of thousands of firearms to be surrendered by a guns buy-back scheme." Law enforcement authorities averred that "it could be more." Pregnant with the expectation that gun owners would trade their firearms for cash, the political class is nonplussed by the results.

Only 530 guns have thus far been turned in to the authorities.

Out Of My Cold, Dead Hands

Figures released by the New Zealand police had politicians and law enforcement officials scrambling to comprehend what just happened. Michael Clement, the police deputy commissioner, assessed the situation by telling the media that the number of guns expected to be handed over is "a great unknown question," primarily because the firearms the government is confiscating have never been registered with authorities.

Could it be that the brain trust in Wellington needs to up the ante and offer more money? Is this a statement of personal liberty? Could it be considered "ostriching," Brit-speak for a friendly ability to ignore unpleasantness? Or in psychological parlance, could it merely constitute passive-aggressive behavior? All of these socioeconomic factors may have played a part in the first wave of the buy-back fizzle.

In reality, New Zealand is quite heavily armed per capita, with an estimated 1.2-1.5 million guns in a country of approximately 4.7 million people. To put it another way, the land of the Kiwi is about as big as Colorado with the population of Louisiana. New York City, for example, is home to about 8.6 million (2017 estimate), almost double the size of the New Zealand population.

Mountainous terrain with very few inhabitants largely adds up to a rural people. And what do these folks out in the middle of nowhere do with themselves all the live-long day? Agriculture, forestry, mining, and fishing represent the lion's share of industry. And then there are all those sheep. Mathematically, there are about seven times more sheep than people in New Zealand. By and large, those who raise sheep and live off the land in what is often referred to as  "homesteading" find that firearms can be quite useful when you attempt to live off the grid.

PREPLANNED! They're TESTING If You'll Obey

Mandatory COVID Camps Begin in New Zealand, Similar Plans for Canada and the US