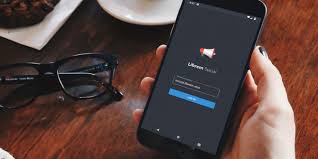 Purism, the social purpose corporation that makes devices which respect your privacy, wants to provide us with a true alternative to the data-sucking walled gardens of Android and iOS. You may have heard of its upcoming Librem 5, a crowdfunded device that runs entirely free software.

Now the company is pushing Librem One, a full suite of online services powered by open source code.

Librem One offers private messaging, mail, VPN, and social networking. But given how suspicious many privacy-conscious people are of any service running on someone else's servers, who is Librem One for?

What Is Librem One? Librem One is a bundle of online services from Purism. These tools provide you with a suite of modern communication tools that don't require giving up control of your data, nor do they lock you in to only chatting with other Librem One users. Purism promises no ads and no tracking. The collection consists of four components, with more to come in the future.

Librem Chat is based on Matrix, an open chat protocol that has been around for since 2014. Matrix does for instant messaging and VOIP what SMTP does for email. It allows people using different service providers (think Gmail and Yahoo) to communicate with one another. This is in contrast with the approach employed by iMessage, Google Messages, and Facebook Messenger, which all require people to use the same service to chat.

So Librem Chat is a new service provider, rather than a new service. It's a new way to interact with infrastructure that already exists. You can connect with other Matrix users at librem.one, matrix.org, or any other Matrix domain. The mobile apps are based on Riot, an existing Matrix chat client. Matrix supports end-to-end encrypted text, voice, and video chats.