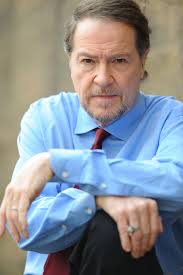 "History shows that governments sometimes seek to regulate our lives finely, acutely, thoroughly, and exhaustively. In our own time and place, criminal laws have grown so exuberantly and come to cover so much previously innocent conduct that almost anyone can be arrested for something. If the state could use these laws not for their intended purposes but to silence those who voice unpopular ideas, little would be left of our First Amendment liberties, and little would separate us from the tyrannies of the past or the malignant fiefdoms of our own age. The freedom to speak without risking arrest is 'one of the principal characteristics by which we distinguish a free nation.'"—Justice Neil Gorsuch, dissenting, Nieves v. Bartlett (2019)

What the First Amendment protects—and a healthy constitutional republic requires—are citizens who routinely exercise their right to speak truth to power.

What the architects of the police state want are submissive, compliant, cooperative, obedient, meek citizens who don't talk back, don't challenge government authority, don't speak out against government misconduct, and don't step out of line.

For those who refuse to meekly accept the heavy-handed tyranny of the police state, the danger is all too real.

We live in an age in which "we the people" are at the mercy of militarized, weaponized, immunized cops who have almost absolute discretion to decide who is a threat, what constitutes resistance, and how harshly they can deal with the citizens they were appointed to "serve and protect."

As such, those who seek to exercise their First Amendment rights during encounters with the police are increasingly finding that there is no such thing as freedom of speech.

This is the painful lesson being imparted with every incident in which someone gets arrested and charged with any of the growing number of contempt charges (ranging from resisting arrest and interference to disorderly conduct, obstruction, and failure to obey a police order) that get trotted out anytime a citizen voices discontent with the government or challenges or even questions the authority of the powers-that-be.

Merely daring to question, challenge or hesitate when a cop issues an order can get you charged with resisting arrest or disorderly conduct, free speech be damned.

In fact, getting charged or arrested is now the best case scenario for encounters with police officers who are allowed to operate under the assumption that their word is law and that there is no room for any form of disagreement or even question.

This mindset that anyone who wears a government uniform (soldier, police officer, prison guard) must be obeyed without question is a telltale sign of authoritarianism goose-stepping its way towards totalitarianism.

Do exactly what I say, and we'll get along fine. Do not question me or talk back in any way. You do not have the right to object to anything I may say or ask you to do, or ask for clarification if my demands are unclear or contradictory. You must obey me under all circumstances without hesitation, no matter how arbitrary, unreasonable, discriminatory, or blatantly racist my commands may be. Anything other than immediate perfect servile compliance will be labeled as resisting arrest, and expose you to the possibility of a violent reaction from me. That reaction could cause you severe injury or even death. And I will suffer no consequences. It's your choice: Comply, or die.

If you don't want to get shot, tased, pepper-sprayed, struck with a baton or thrown to the ground, just do what I tell you. Don't argue with me, don't call me names, don't tell me that I can't stop you, don't say I'm a racist pig, don't threaten that you'll sue me and take away my badge. Don't scream at me that you pay my salary, and don't even think of aggressively walking towards me.

This is not the attitude of someone who understands, let alone respects, free speech.

Then again, there can be no free speech for the citizenry when the government speaks in a language of force.

What is this language of force?

Unfortunately, this is how the government at all levels—federal, state and local—now responds to those who choose to exercise their First Amendment right to speak freely.