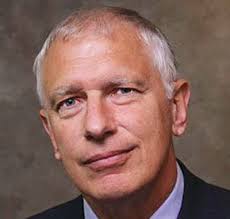 International Man: The US government is actively at war in about half a dozen countries. It's eyeing new conflicts all the time.

On the topic of getting involved in another war… President Trump was reported to have said this about his National Security Advisor John Bolton: "If it was up to John, we'd be in four wars now."

What do you make of all this?

Doug Casey: Where to start?

Well, first of all, things are out of control. The US Government has become so big, so dysfunctional, and with its fingers in so many pies that anything can happen, unpredictably. Secondly, it's extremely dangerous. Prodding lots of hornet's nests guarantees you'll be stung—perhaps enough to put you in the hospital. Third, it's extraordinarily expensive. And the US Government is already bankrupt.

As you pointed out, the US is actively at war in right now in who knows how many countries— including at least a half a dozen in Africa that nobody can find on a map. There are combat troops in probably 100 countries around the world. There are probably 800 bases around the world. These things are all just trip wires waiting for an accident or an incident to draw the country into a real war. So far—at least since the misadventure in Vietnam—the US has just engaged in trouble-making exercises and sport wars. But the big thing on the horizon right now is Iran. This is hunting big game.

One of the things that I most regret not having done in recent years was taking advantage of an all-expense paid junket, courtesy of the Iranian Ambassadors' Polo Club, for the New Zealand Ambassadors' Polo Club, of which I was member. It would have been wonderful to have seen three of the major Iranian cities and met some of the top people in the country while playing polo. I couldn't do it though, because I was injured at the time.

The way to change that and turn the average Iranian into an enemy is to send uniformed American teenagers there to destroy property and kill people. That's exactly what morons like John Bolton and Mike Pompeo are talking about. It could be a real catastrophe, because Iran is big game. It's not like hunting small game, like Iraq, Afghanistan and Syria—which themselves were terrible catastrophes.

The Still Small Voice of Conscience

10 Signs That "Things Are Getting Better In America"

Trusting Bill Gates with your health is like trusting Jeffrey Epstein with your daughter.