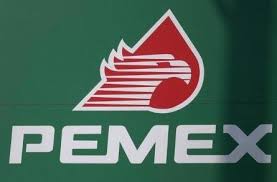 Lozoya, formerly a one-time senior election campaign advisor to Mexico's current president, Enrique Peña Nieto, is accused of receiving "tips" from Odebrecht worth some $10 million in exchange for his support in obtaining public work contracts. The money allegedly passed through shell companies in the British Virgin Islands before coming to rest in private bank accounts belonging to Lozoya in Switzerland, Liechtenstein, and Monaco.

Lozoya is one of countless public figures and business leaders in over a dozen Latin American and African countries, including Venezuela, Colombia, Argentina, Peru, Angola and Mozambique, to be accused of having his pockets lined by Brazil's largest construction company. Some of those figures have even ended up in jail, including the former CEO of Odebrecht, Marcelo Odebrecht, and former Brazil president Luiz Inacio Lula da Silva, who is accused of accepting money from Odebrecht for his family's vacation home.