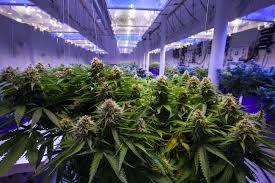 Now, the state is planning to curb production.

The bill passed in Oregon's House late Thursday in a 39-18 vote after it was approved earlier in the Senate. It is aimed not just at reducing the huge surplus but also at preventing diversion of unsold legal marijuana into the black market and forestalling a crackdown by federal prosecutors.

"The harsh reality is we have too much product on the market," said Democratic Gov. Kate Brown, who intends to sign the bill.

Supply is running twice as high as demand, meaning that the surplus from last year's harvest alone could amount to roughly 2.3 million pounds of marijuana, by the liquor commission's figures. That's the equivalent of over 1 billion joints.