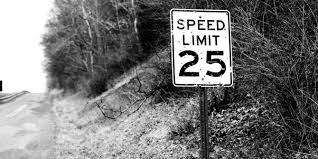 How to Locate Speed Traps in Google Maps

Speed traps will appear as icons on the roads themselves. This mainly applies to stationary speed cameras for obvious reasons. However, Android users will be able to report the locations of mobile speed cameras to warn their fellow drivers to proceed with caution.

Speed limits will appear in the bottom corner of the app, giving drivers a second way of checking the speed limit besides watching for road signs. The only problem is the need to look at your phone to see the speed limit, forcing you to take your eyes off the road.

Pull a car over for speeding.

Me: Do you know what the speed limits is?

Me: It's actually 50 and you were well over 80. And you passed a gas station with a bathroom. #VPD #patrol #heresyourcoupon

Google has been testing these new features in a handful of countries but is now rolling them out on a wider scale. Google itself hasn't officially announced the changes, but this Reddit thread revealed the rollout before TechCrunch confirmed the news.

The new features are being rolled out on Android and iOS in 40 countries, including the US, the UK, Australia, Canada, India, Mexico, Russia, Japan, Croatia, Greece, Iceland, Israel, Italy, the Netherlands, Norway, Poland, Portugal, Saudi Arabia, South Africa, Spain, and Sweden.