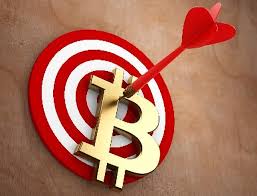 Yesterday, we turned to world-renowned crypto expert Teeka Tiwari, who told us that this is just the beginning. And that bitcoin won't be the only winner of the crypto rally.

Today, Teeka shares two more reasons why "Crypto Winter" is over… and why the biggest gains are yet to come.

If you haven't yet, now's the time to take advantage… before it's too late…

After almost 18 months, "Crypto Winter" appears to be finally loosening its grip over the market.

That's why, on April 10, I sent out an update to my Palm Beach Confidential readers. Here's what I said…

Bitcoin is probably going to go anywhere from $6,000 to $7,000 before it has a little bit of a pullback to kind of consolidate that move. And then, it'll be off to the races again.

And you know as well as I do, anything that's good for bitcoin is good for the broad market.

A lot of the smaller names that we own will move much further than bitcoin will move. So another 30% move higher in bitcoin could be a 300%, 400%, or 500% higher move in some of these smaller names.

But as I'll show you in today's issue, it's not too late to get in…

To understand why, let's look at the last major bear market we had, before the most recent Crypto Winter. That was back in 2013 when bitcoin peaked around $1,200. Then it went on a massive, almost two-year-long bear market.

But then, we started to see the bottom finally come into place. And in late 2015, we got a massive move up.

Now, let's compare that to a recent chart of bitcoin. You can see the peak in December 2017 in the chart below. And the red circle is where we are now.