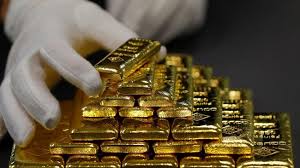 Today, the Malaysian Prime Minister Mahathir Mohamad took one large step in that direction when he proposed the launch of an Asian version of the euro: a common trading currency for East Asia that, unlike the euro, would be pegged to gold, describing the existing currency trading in the region as manipulative (perhaps in reference to China's currency setting framework).

According to the Malaysian PM, the proposed common currency could be used to settle imports and exports, but would not be used for domestic transactions.

"In the Far East, if you want to come together, we should start with a common trading currency, not to be used locally but for the purpose of settling of trade," he said at the Nikkei Future of Asia conference in Tokyo. "The currency that we propose should be based on gold because gold is much more stable."

He said under the current foreign exchange system, local currencies were affected by external factors and were manipulated. He did not elaborate on how they were manipulated, and whether his complaint was against the dollar or the yuan. That said, Mahathir has long been a critic of currency trading, and according to Reuters, he once accused George Soros of betting against Asian currencies.

Incidentally, during the Asian financial crisis two decades ago, Mahathir pegged the ringgit currency at 3.8 to the dollar and imposed capital controls. That peg was scrapped in 2005.