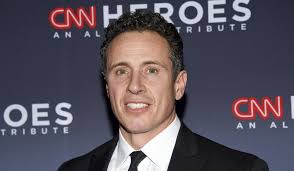 The Twitterverse isn't letting Chris Cuomo off the hook, despite his frantic backpedaling, after he made an ill-considered comment on a video. What video was it?

Kim Corban spoke about an attack that took place when she was in college and vowed never to be that vulnerable again.

I was a normal 20-year-old college student. When I moved into off-campus housing, they boasted that it was safe. I was the first. I woke up in the middle of the night suffocating.

For the next two hours, I knew I was going to die, and there was nothing I could do. Now I'm a mother of two, and if that predator or anyone else tries to harm me or my family, they have to come through my firearm first. I will never be unarmed or utterly vulnerable ever again.

'The only reason I can say that is because the NRA fought for my rights before I ever knew that I needed them.

"I'm a mother of two, and if a predator or anyone else tries to harm me or my family, they have to come through my firearm first." —Kim Corban #WednesdayWisdom pic.twitter.com/c2tWBeOi18