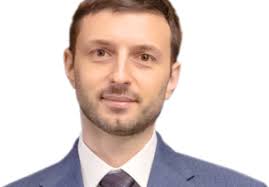 This makes sense. The Middle East accounts for more than 40% of global oil exports. So a big conflict in the Middle East often triggers a big spike in the price of oil.

Today, we could be on the verge of an oil crisis even worse than that. That's because regional tensions are growing in the Middle East. Specifically, the conflict between Iran and Israel – and their allies – is quickly getting worse.

As I'll explain in a moment, this conflict could soon explode, causing a sudden spike in the price of oil.

But before that, let's take a quick look at the first two oil shocks to see how this could all play out.

In 1973, Israel was battling Egypt and Syria in the Yom Kippur War. In response to U.S. support for Israel, the Organization of the Petroleum Exporting Countries (OPEC) placed an embargo on oil exports to the U.S. and several other countries. It also cut oil production.

This triggered the first "oil shock." The price of oil nearly quadrupled. It jumped from around $3 per barrel to around $12.

The second "oil shock" started in 1979. It grew out of the Iranian Revolution and continued with the Iran-Iraq War, which was one of the bloodiest conflicts of the past 50 years.

Iraq and Iran were (and still are) two of the biggest oil exporters in the world… So it's no surprise that the war rocked global energy markets.